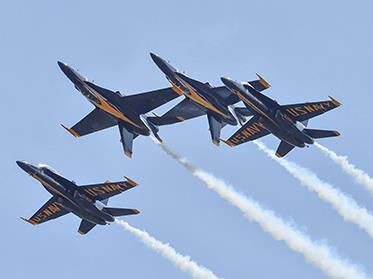 The Blue Angels flight demonstration team is more than just a group of individuals; brought together to represent the United States Navy and Marine Corps. This team combines the best and brightest, at the top of their craft. Their camaraderie and chemistry assure the team mission is more than just a job – it’s a passion!

Since 1946, the Blue Angels have flown for more than 260 million spectators. The Blue Angels are an American air show favorite and delight audiences across the country with their precision, speed and aerobatics. During their aerobatic demonstration, the Blues fly six F/A-18 Hornet aircraft, split into the Diamond Formation (Blue Angels 1 through 4) and the Lead and Opposing Solos (Blue Angels 5 and 6). Most of the show alternates between maneuvers performed by the Diamond Formation and those performed by the Solos.

The A-10 is the Air Forces' premier close air support air craft, providing invaluable protection to troops on the ground. The Air Combat Command A-10 Thunderbolt II Domonstration Team, stationed out of Davis-Monthan Air Force Base, Arizona, brings the aircraft to air shows around the country to showcasw the unique combat capabilities of the A-10 "Warthog." They perfom precision aerial maneuvers while highlighting the mission and professionalism of the men and women of the Unites States Air Force. Additionally, the team brings attention to the Air Force's proud history by flying formations with historical aircraft in the Air Force Heritage Flight.

Inspired by Kansas aviation pioneers such as Harold Krier and Tex Johnston, Brian began flying airshows in 2008 and upgraded to his current aircraft in 2010. Brian and his wife Rachel live near Wichita Kansas in a community airpark with their two sons. He is a Production Test Pilot for Textron Aviation and an Instructor Pilot in the Air Force Reserves. 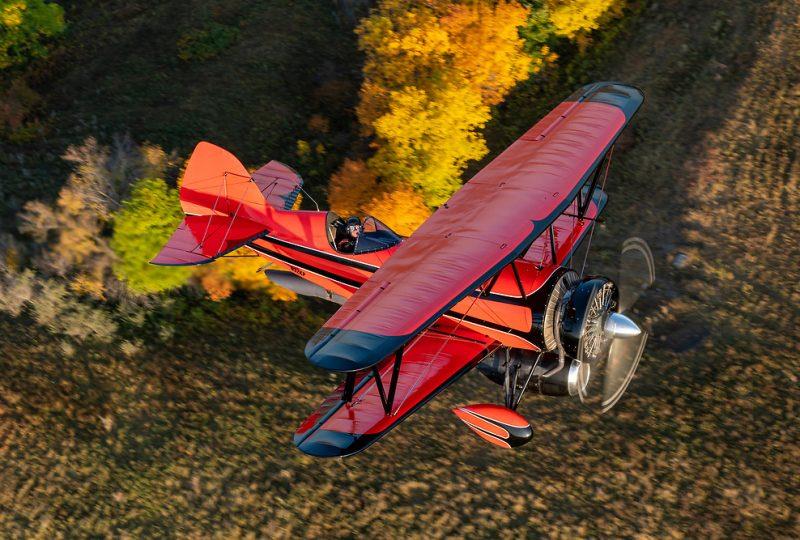 With tens of millions of spectators attending airshows each year in virtually every corner of North America, the air show industry represents one of the largest outdoor professional sports. Over 250 airshows are conducted annually in the United States with events staged at local airports, military installations and waterfront locations. RAD Aerosports was founded on the premise that those millions of audience members seek an innovative and unique brand of entertainment. Building on strong relationships and a drive for producing a remarkable and unparalleled product, we strive continuously to be a top-notch partner for all of our brands. 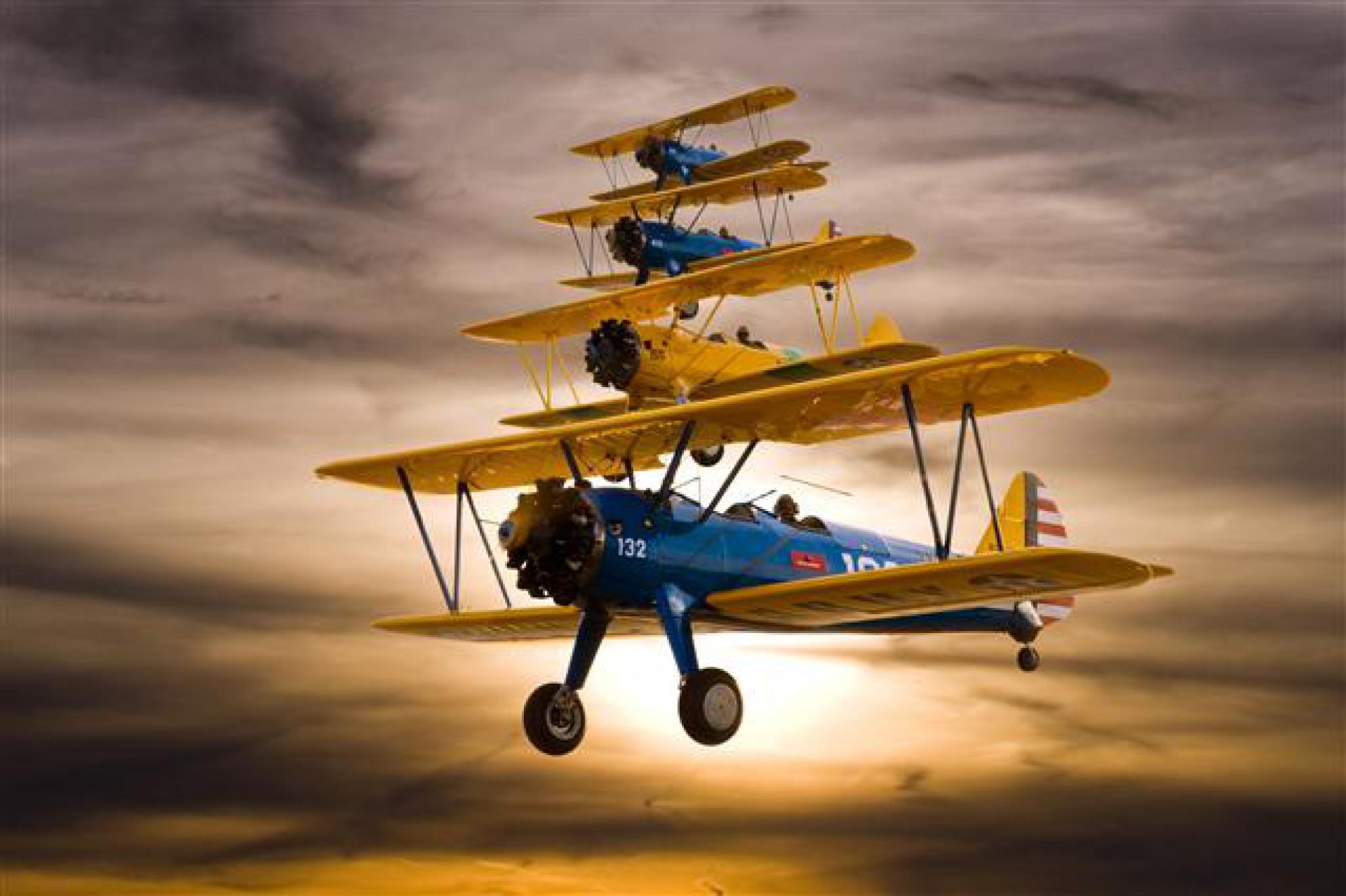 Stearman Flight is dedicated to enhancing safety and proficiency in Stearman formation flying. They provide FAA authorized Formation Flight Training and F.A.S.T. certification for Stearman pilots, receiving "best in class" ackknowledgement by the F.A.S.T. Board of Directors. 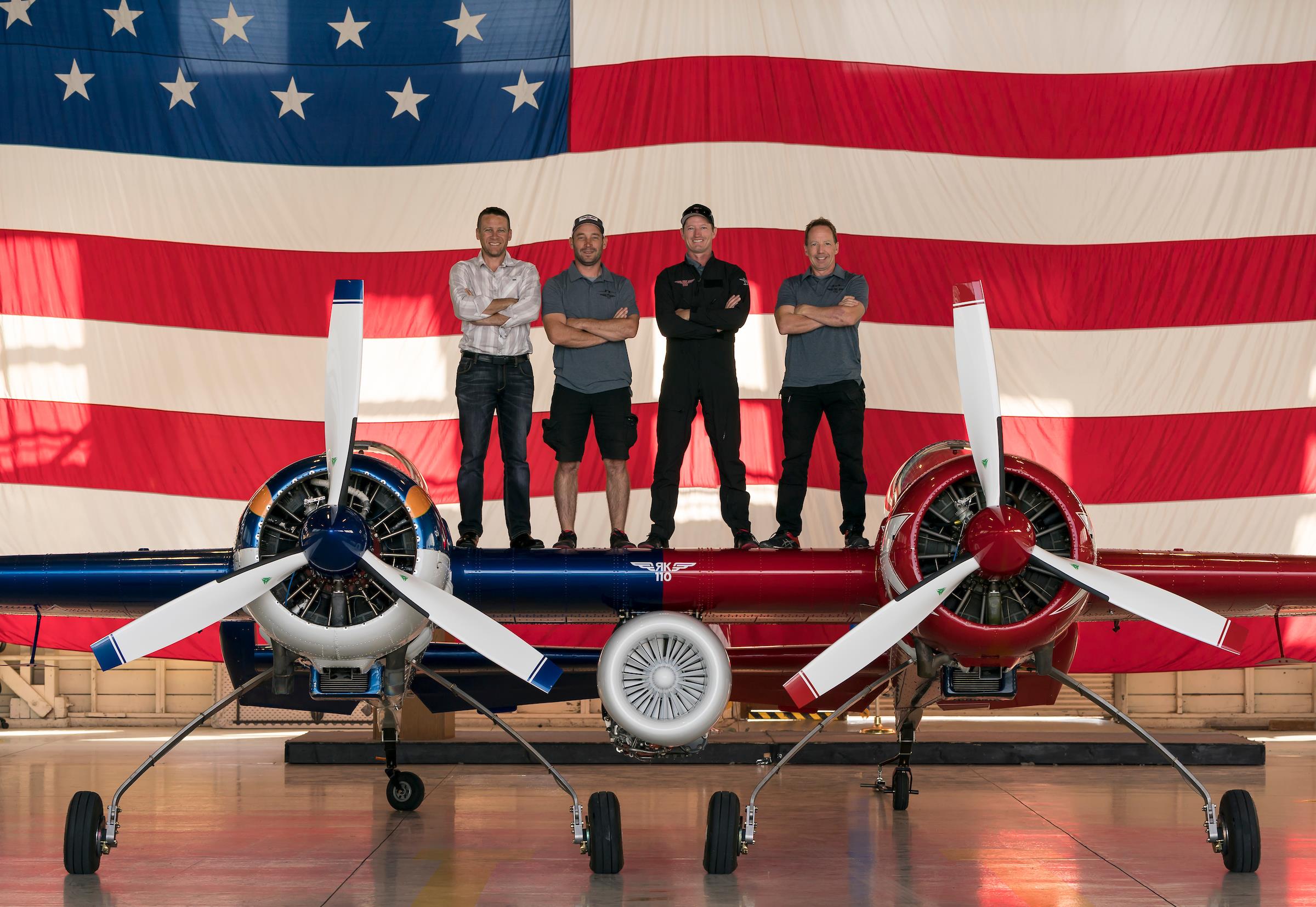 The Yak 110 aircraft was originally conceived by renowned Airshow pilot Jeff Boerboon and Master Mechanic Dell Coller in 2013. The Yak 110 is the result of many great people coming together with an incredible passion for aviation innovation and is a re-purposing of two aerobatic aircraft that will certainly inspire the next generation of aviation enthusiasts. 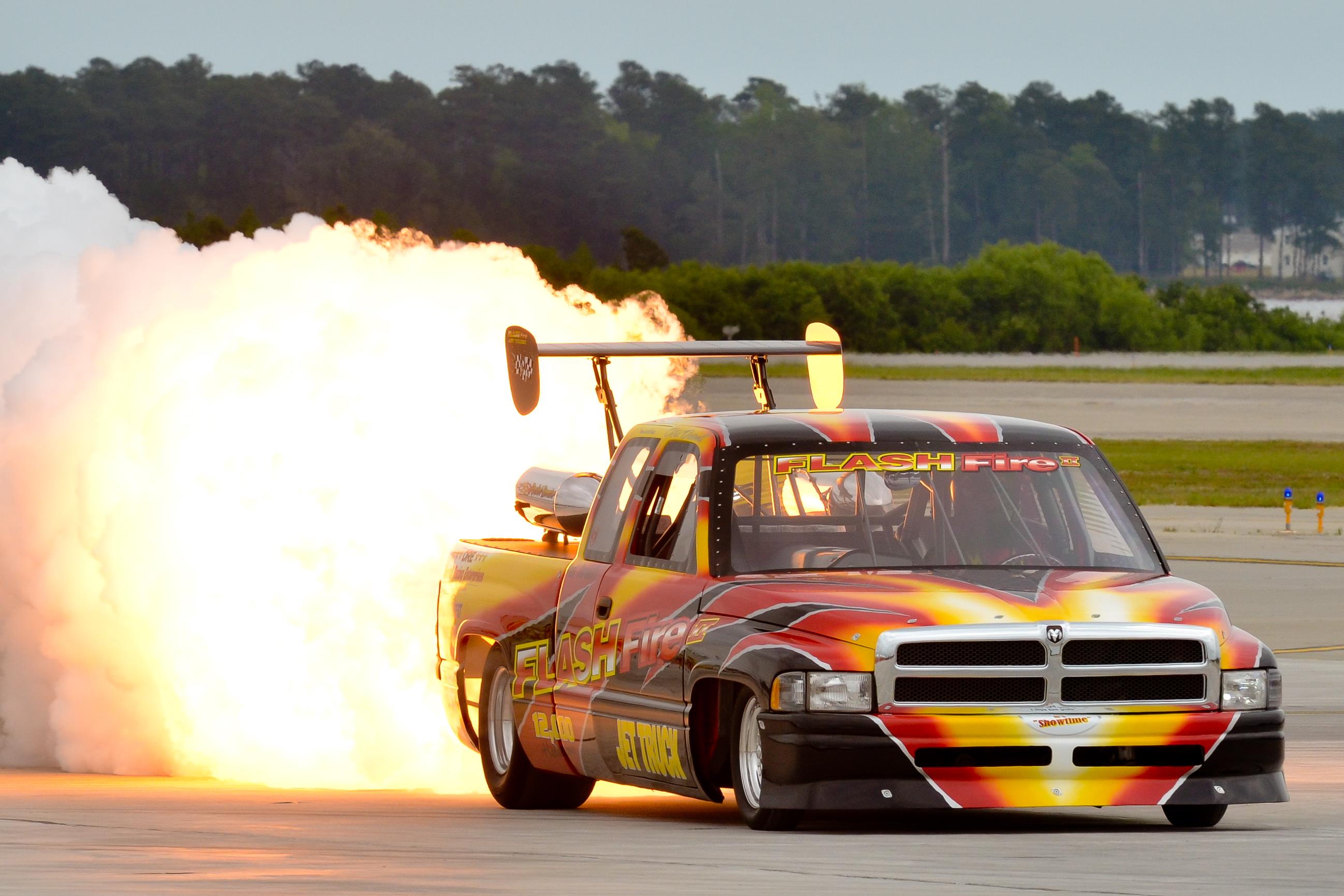 The Flash Fire Jet Truck has a fire breathing 12,000 horsepower jet engine and reaches speeds exceeding 350 mph! You will be amazed by the amount of fire, smoke, heat, noise, and SPEED of this awesome Jet Truck driven by Neal Darnell. Flash Fire will actually race a plane giving it a 150 mph head start and pass it like it's stopped!

Ladies for Liberty have been known for their renditions of 1940s, WWII, 1950s Korean War Era, and 1960s Vietnam War Era music. We are still presenting this program of the Andrew Sisters style of music through their own rendition of vocals, costumes, hairstyles and the spirit of patriotism reminiscent of the 1940s and 1950s. 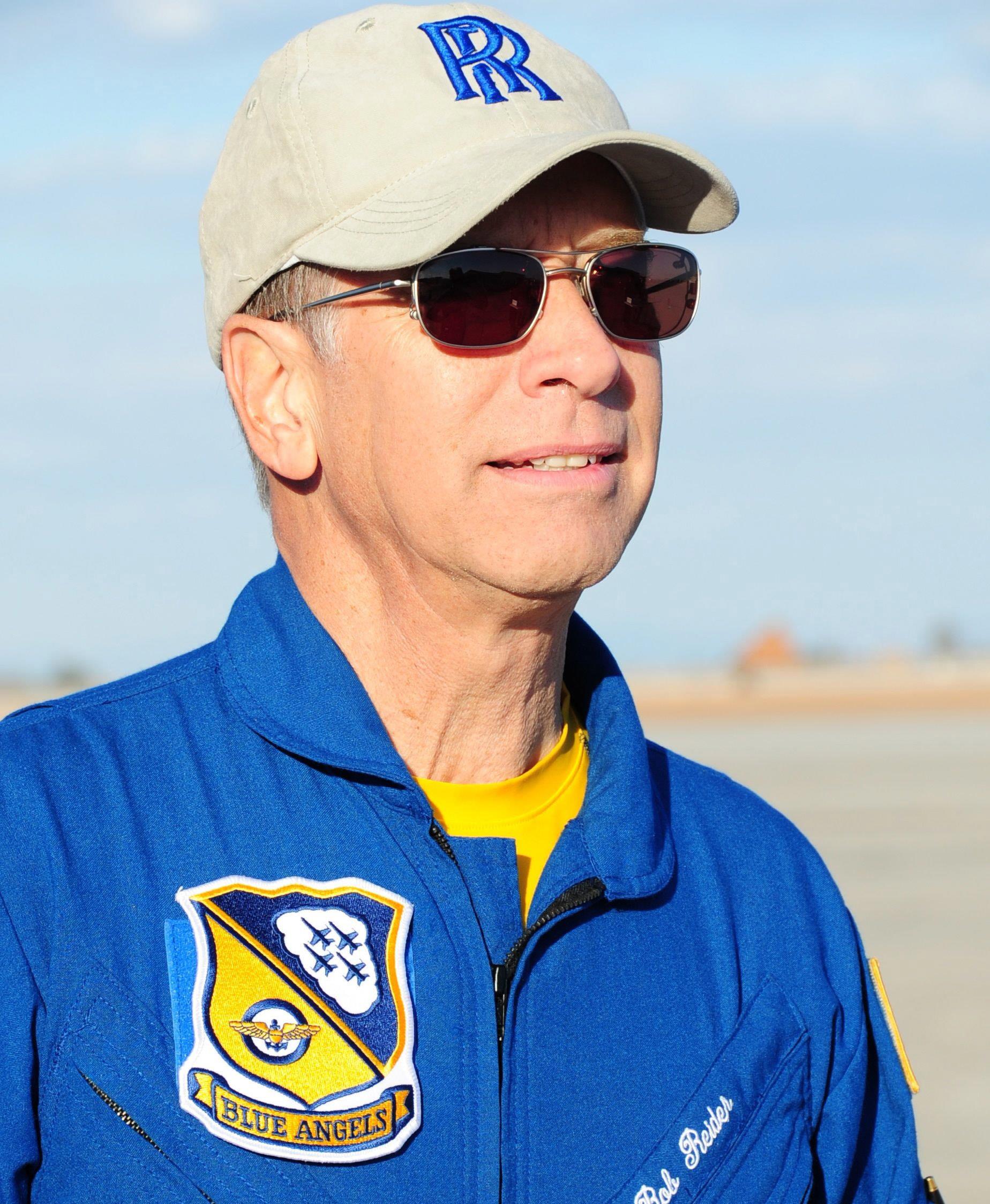 Rob is proud to be the voice of the most prestigious aerial events and to take the excitement of flight right to the hearts of millions of people each year. He brings an immense amount of experience and knowledge to the stage of air shows. Rob announced his first air show in 1978 and by 2006, air show announcing had become his full-time occupation. The United States Navy named Rob Reider an "Honorary Blue Angel," only the 46th person to receive that honor in the 71 year history of the team.

Rob Reider air show announcer, recipient of the coveted ICAS "Sword of Excellence," entertainer, pilot, Midwest television personality, singer, performer, writer, and winner of 5 Emmy awards has put all his experience into bringing the excitement of air shows "up close and personal" to auidences all over North America. 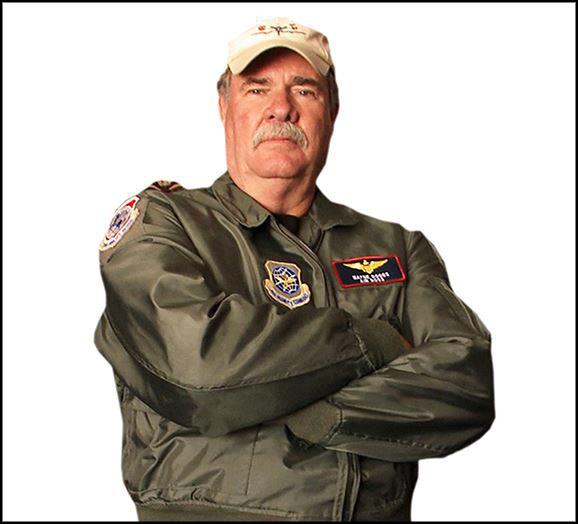 For over 20 years Wayne has been the owner of Air Boss & Consulting International Inc. As the Air Boss, Wayne assists in the production and execution of approximately 18-25 air shows per year and is recognized as one of the top Air Bosses in the country. He is currently on the Board of Directors and is the Air Boss for the Warbirds of America at Oshkosh, WI.

** Airshow performers are subject to change. ** 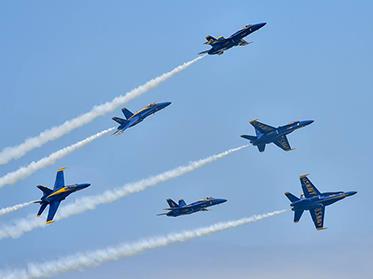 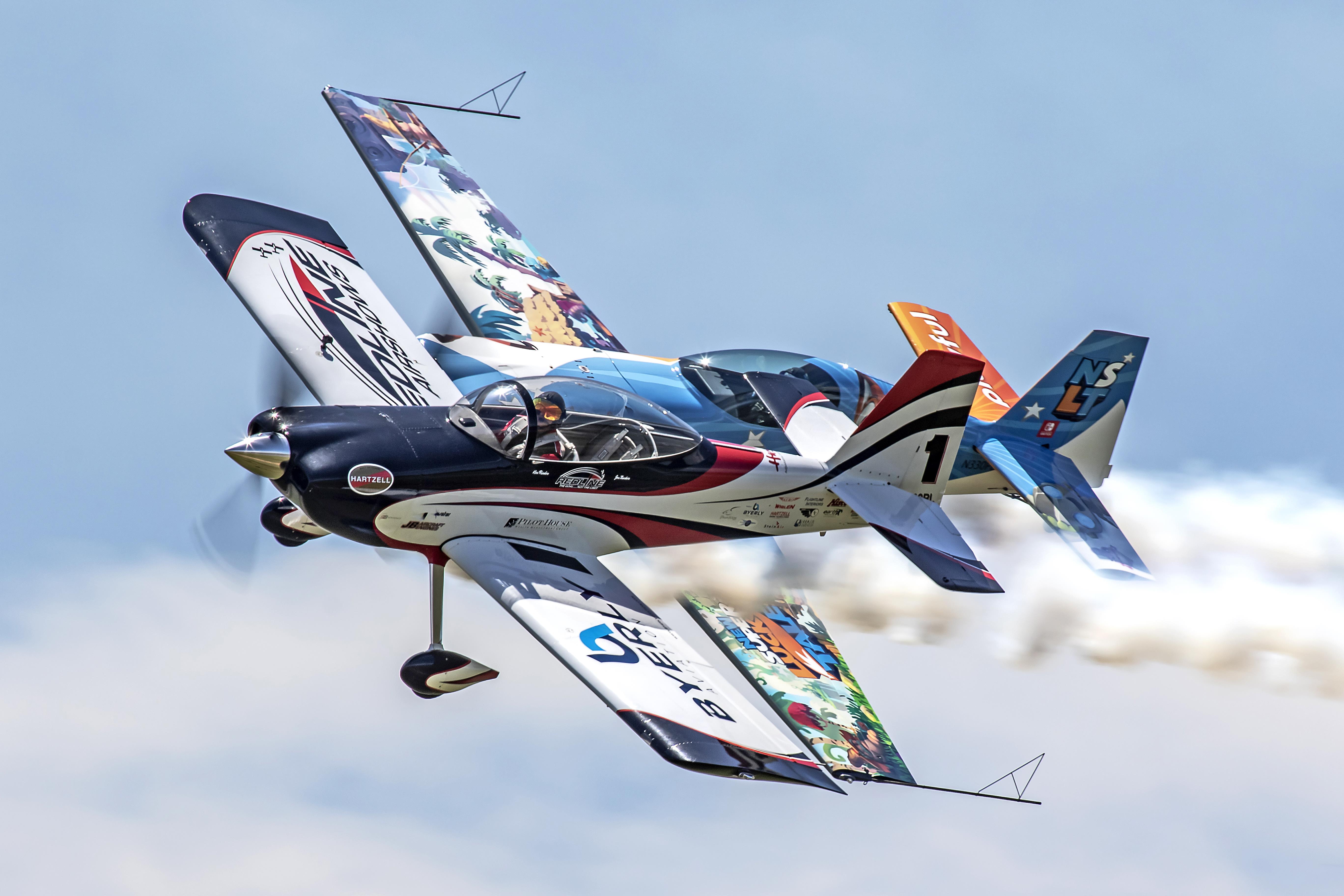